About Sonic The Hedgehog In 2020

Jim Carrey, James Marsden and Ben Schwartz all star in the live-action animation based on the famous Sega video game

The blue blur is headed to cinemas, and while the project has already faced its fair share of online backlash, Sonic the Hedgehog is set to undergo a serious makeover before dashing across our screens in November.

Here’s everything you need to know about Sonic the Hedgehog, including casting, plot, and the film’s controversial trailer…

When is Sonic the Hedgehog released in cinemas?

Sonic the Hedgehog will be released in UK cinemas on 14th February 2020.

Sonic the Hedgehog was slated to arrive in US theatres on 8th November 2019, with a gap until 26th December 2019 for the UK cinema release.

However, director Jeff Fowler confirmed that the film has now been delayed until 14th February 2020 in order to redesign Sonic’s character following fan criticism.

What’s Sonic the Hedgehog about?

Based on Sega’s video game franchise, the live-action animated film is directed by Oscar-nominee Jeff Fowler and produced by the same team behind the Fast and the Furious franchise.

The film follows Sheriff Tom Wachowski, who must assist an extraterrestrial blue hedgehog who can run at — you guessed it — near sonic speeds, all the while evading the evil Dr Robotnik/Doctor Eggman.

Is there a trailer for Sonic the Hedgehog?

Yep, you can check it out below…

Why did the Sonic the Hedgehog trailer cause controversy?

Some fans were not happy with the visual portrayal of Sonic in the trailer, citing his uncanny human teeth, small eyes and the strange, non-hedgehog texture of his body — and mostly how he just didn’t closely-enough resemble the character’s version in the SEGA video game franchise.

The film’s director Jeff Fowler has since responded to the criticism, stating on Twitter that changes were going to be made to the character’s design.

“Thank you for the support. And the criticism,” he wrote. “The message is loud and clear… You aren’t happy with the design and you want changes. It’s going to happen. Everyone at Paramount and Sega are fully committed to making this character the BEST he can be…” 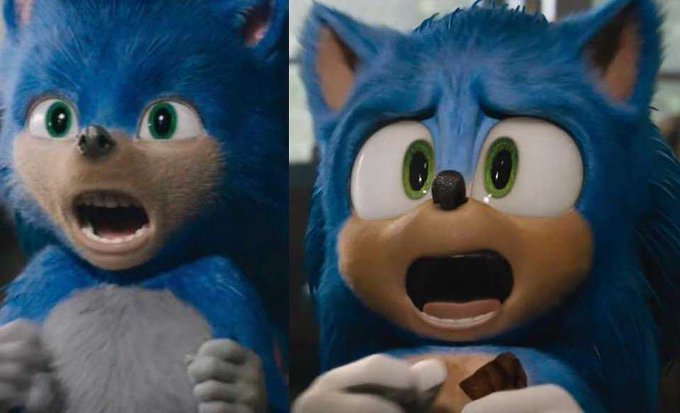 Who stars in Sonic the Hedgehog?

James Marsden (Enchanted) also joins the cast as Sheriff Tom Wachowski, who in the trailer discovers Sonic and decides to help him in his question to save the planet.